Ellacombe C of E Academy, which is part of the Learning Academy Partnership, are celebrating after being recognised for its dedication to staff at the South Devon College Apprenticeship Awards.

The academy was nominated for the Larger Employer Award, in recognition of their work to support Vicky Milford, Senior Administrator at Ellacombe during her apprenticeship and the wider investment they have made into supporting and developing staff.

As part of the academy’s wider support for staff, Vicky was given the opportunity to take part in a mentoring apprenticeship with the local college.

Over the past year, Vicky has been working with other administrators across the Trust, including those at Dunsford Community Academy, to offer them support and mentoring. Vicky’s support has had an incredible impact on helping the administrators to develop their own skill sets, as well as her own.

Ellacombe C of E Academy was shortlisted and awarded ‘highly commended on the night’. The academy was extremely honoured to be nominated alongside such incredible employers such as Devon County Council and University Hospital Plymouth.

Alongside the recognition of the academy’s work as a whole, Evie Semmens, Head Teacher of Ellacombe C of E Academy was also nominated for and went on to win the Employee Ambassador Award for her support for Vicky’s apprenticeship.

Evie has gone above and beyond to show unwavering enthusiasm and support for Vicky and others at Ellacombe in being a champion for their progression, with the belief that having happy and aspirational staff is key to providing an exceptional education for all children.
The whole of Ellacombe’s community is incredibly proud of Vicky and Evie for these fantastic and very well-deserved achievements.

Evie Semmens, Head Teacher at Ellacombe C of E Academy, said: “We are so proud that our ongoing investment in staff and the impact this has had on pupils far and wide within our Trust, as well as Vicky’s amazing work to support others, has been recognised at such a prestigious award show. Vicky has really been so exceptional throughout her apprenticeship, and it has been so lovely to see her blossom in her mentorship role.

“I was also absolutely delighted and humbled to be nominated and go on to win the Employee Ambassador Award, which I share with all of our fantastic and dedicated staff who help to make Ellacombe C of E Academy a really great place to work.” 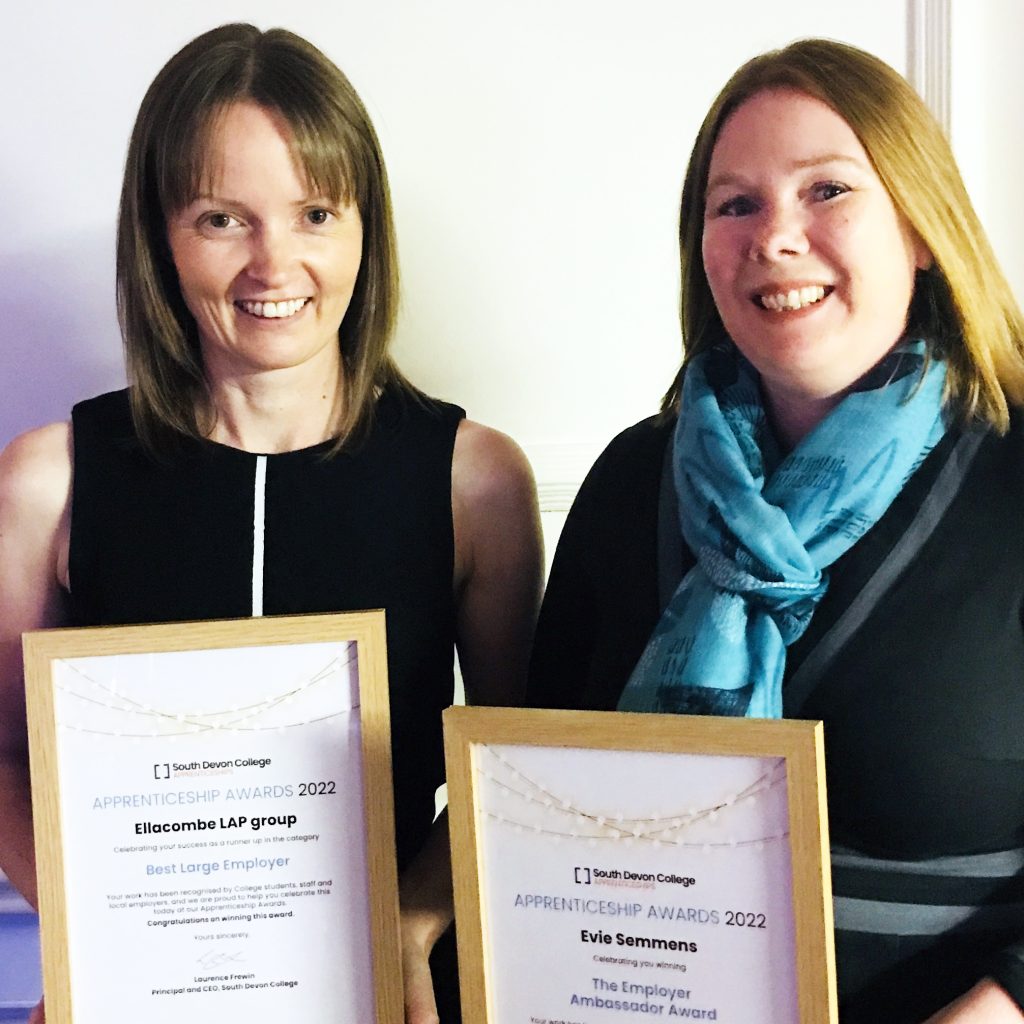